When it comes to content marketing, which brands could share a lesson or two on how to do it brilliantly? We explore how one particular energy drinks manufacturer took its marketing to stratospheric new heights.

It’s easy to forget that Red Bull, a brand many associate with extreme sports and cartoon characters that can sprout wings, started life – and continues to thrive – as an energy drinks manufacturer.

The Austrian organisation, established in 1976, is an incredible example of calculated risk-taking and genius marketing paying dividends. During its 40 years, Red Bull has demonstrated time and again just how powerful innovative advertising and brand promotion techniques can be, and showcased the value of continually thinking outside of the box.

A bundle of energy

Red Bull is an energy drink giant – an estimated 6.06 billion cans were sold in 2016 alone – and a large part of this continued success can be attributed to its ambitious approach to getting the Red Bull name in front of its target audience. While this is something all businesses strive to do, very few – if any – have attained anything close to Red Bull’s level of accomplishment.

Some companies have built their success on spotting a gap in the market, while others have improved upon ideas and concepts that already exist. Red Bull, however, decided to do something else: they took a leap, and did something different. It’s a mentality that the company has had since its inception, and has been at the heart of everything it has done since.

When Red Bull first came to market, there wasn’t anything like it. The energy drinks market was non-existent, and many naysayers were convinced that there was no audience for this kind of beverage. Most were utterly convinced that it was doomed to failure. Of course, it’s easy to mock such predictions after the fact, but Red Bull executives had faith in their concept from the very beginning, and had a strategy that would help them grow.

They understood that to promote a completely new type of product, adopting a novel approach to marketing and advertising was essential. A focus on sports – particularly those that get the blood pumping – was the particular avenue the company decided to venture down, and it’s safe to say it’s an approach that has reaped significant rewards. It has turned a niche market into a billion-dollar global industry, and has in the process become one of the world’s most recognisable brands.

In 1994, Red Bull signed its first two international athletes – windsurfers Bjorn Dunkerbeck and Robby Naish. The following year, the company purchased a majority share in the Sauber Formula 1 team. In 1998, it sponsored Felix Baumgartner’s BASE jump from the Petronas Towers, and a mere 14 years later sent the same man into space, enabling him to leap to earth from a staggering height of 120,000 feet.

While undoubtedly impressive, all of these things have one obvious thing in common: they don’t have anything to do with energy drinks. Rather, they appeal to the brand’s target audience in a subtle way. Red Bull realised that the best way to make more potential consumers aware of its existence was to get its branding plastered in front of people that would come to associate Red Bull with stimulating and exciting occasions. Instead of advertising a product, it advertised the brand.

Without ever having to show people the company’s principal product, Red Bull worked hard to get its name in front of its key audiences, while simultaneously establishing itself as a brand at the forefront of promoting interesting, spectacular sports and events. It became a brand people could associate with on an emotional level, because the words ‘Red Bull’ quickly became synonymous with the high-octane events it supported.

And those Red Bull sponsored events have, in recent years, evolved to encompass more than just niche extreme sports. The Red Bull name has also come to be associated with football, video games and electronic music – sectors that appeal to the same young, vibrant audience. By doing things like launching the Red Bull Music Academy, a range of music workshops and festivals that take place all over the globe, Red Bull has established itself as a legitimately credible name in these industries.

Red Bull realised that it could build a successful brand without – somewhat paradoxically – ever having to advertise its core product. Instead, it focused on telling attractive and gripping stories, set against the backdrop of adrenaline-fuelled, dangerous activities.

As a creative content agency, we’ve spoken often and at length about the value of storytelling, and Red Bull is perhaps the greatest example of the success that can be achieved by telling tales that excite and engage.

Just take a look at the company’s website: the focus is entirely on articles and in-depth discussions about exercise, sport, and inspiring people. There’s no mention of energy drinks, and no brazen advertising encouraging people to commit to a purchase. Attention-grabbing stories are the chief focus, and establishing credibility – while also cementing Red Bull as a brand committed to pioneering mind-blowingly exciting events – is the website’s objective.

Of course – and this point is absolutely vital – we must never forget that the fundamental goal of Red Bull is to get people to hand over their hard-earned cash, and leave a store with an energy drink in hand.

It’s the way the company has gone about achieving this objective that’s worthy of praise. It’s difficult not to appreciate Red Bull’s sheer audacity and bravery in taking an approach to creative marketing that was, at the time of the company’s inception, completely original. However, it has been subsequently copied – yet never bettered – by many brands. If imitation truly is the sincerest form of flattery, Red Bull should consider itself sincerely complimented. 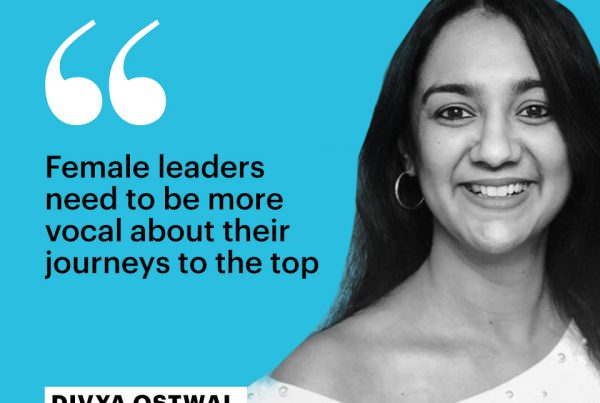